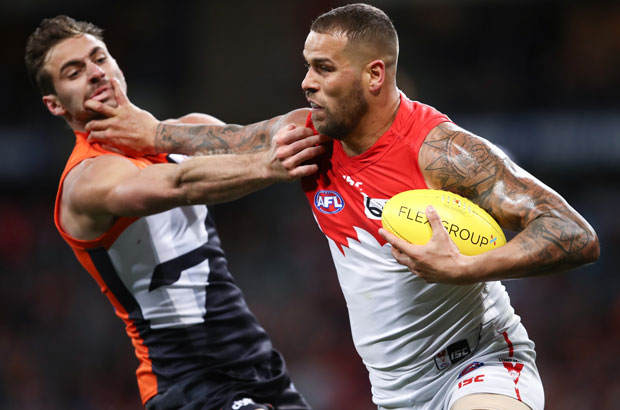 Saturday's twilight fixture sees Collingwood travel west with the intention of securing a top four spot against the Dockers.

Both Carlton and Adelaide will then look for a positive end to a poor 2018 season on Saturday night.

But the feature game of the round sees both Hawthorn and Sydney fight it out for a guaranteed top four finish.

To be assured of a top four spot, the Pies need to win their final game of the regular season.

Fortunately for fans of the Melbourne club, they come up against the Dockers, a club that has stagnated under head coach Ross Lyon.

His position is under serious threat after a poor season that culminated in a 133-point defeat to the Cats last week, where Fremantle didn't kick a major in the second, third or fourth quarter.

A side that doesn't have many goals in them at the best of times will again be overwhelmed this week.

Collingwood are outstanding when they are on, capable of racking up plenty of goals in quick succession.

A big win here and a West Coast loss could see the Pies jump up to second place and secure a home qualifying final.

Sunny and no wind to speak of. Collingwood should score for fun.

Reasoning: In the last four weeks, Freo have lost 3 games by 40+, with another defeat of that margin on the cards against an in-from Collingwood side.

This Saturday night fixture pits two teams that have had worse-than-expected seasons up against each other.

Before the 2018 season kicked off, the Crows were widely tipped to finish in the top four, while Carlton weren't expected to pick up another wooden spoon.

Both sides will be looking for a win to finish the footy year with some semblance of positivity.

After keeping it tight against the in-form Dogs last week, the Blues are capable of backing up this week.

Their young players will want to get stuck into former team mate Bryce Gibbs who left Carlton for the Crows in the offseason.

Despite these motivations for Carlton, the superior class of Adelaide should prevail, provided they turn up wanting to win.

Under the closed roof at Etihad Stadium, both teams have no excuses for poor goal-kicking.

Reasoning: As poor as the Blues have been in 2018, they generally go okay against the Crows and shouldn't be blown out in the last game of the season.

The game of the round takes place on Saturday night when two clubs who always seem to be up and about at this time of year do battle.

This 4th versus 5th fixture has huge ramifications for the top eight and finals seedings, with the winner guaranteed a top four finish, while the loser will drop to 6th.

Historically, finishing in the top four has always provided teams with a better chance of claiming the premiership, so the stakes couldn't be higher at the SCG.

With this home ground advantage, coupled with their outstanding form in the past three rounds, the Swans are deserved favourites.

Not only is their team working well together, but some of their star players including Lance Franklin have found their best form of the year as well.

There is some chance that the Bloods will have to play without Buddy, with a groin complaint potentially side-lining him for the big match. On Friday afternoon the Swans named him in the side, but punters will have to wait closer to the match for confirmation.

Hawthorn meanwhile have been brilliant of late. They have won five on the trot, and will be desperate to keep that momentum going heading into September.

A medium chance of showers, which would place a greater emphasis on contests.

These stats highlight the differences in style of play between these two clubs.

Swans love kicking the ball down the line to contests, as it will more often than not lead to a contested mark or a stoppage from which their strong mids can go about winning contested possessions.

In wet weather and finals-type footy, this style of play usually stands teams in good stead, and it's why the Swans have a key advantage here.

Reasoning: Three wins over three finals-bound teams in the past three weeks suggests the Swans will get the better of Hawthorn here.