AFL Betting Tips Round 23: Key Stats for the early games 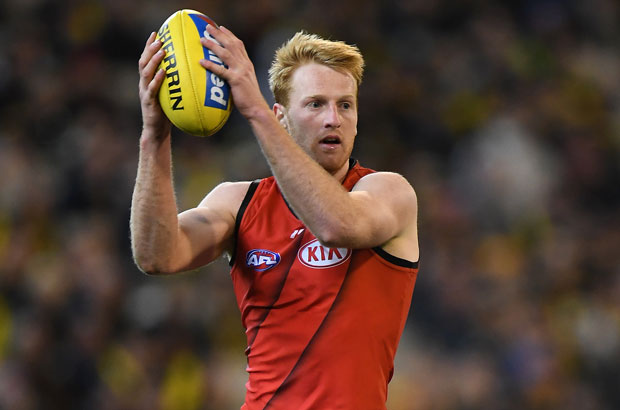 The final round of the 2018 AFL home-and-away season is upon us, with all clubs looking for a strong performance regardless if finals footy is on their horizon.

The round kicks off with Port Adelaide attempting to secure an unlikely finals berth.

They will need to beat the Bombers then hope the Suns pull off a miracle against the Cats on Saturday.

Also on early Saturday arvo, Richmond will look to extend their MCG dominance against the Bulldogs.

Two teams that look to have fallen disappointingly short of making the finals, face off on Friday night.

After an abysmal start to their 2018 campaign, Essendon's great second half of the season form proved to be too little too late.

Port Adelaide, on the other hand, can still technically make the finals. They need to get the four points at home and hope that the Suns cause the biggest of boilovers by beating Geelong down at the Cattery.

But based on the form of the past month, a win for the Power doesn't even look likely.

Essendon came close to toppling minor premiers Richmond at the MCG in Round 22, and if that form holds up here, they will be too strong for a Port side that have only won one of their last six

A fine night is forecast, so these sides could rack up the points if they're in the mood.

In games like this, where both teams don't stand a realistic chance of playing finals footy, focusing on basic skill ability is a handy strategy.

With such a big advantage in effective disposal percentage, the Dons look to have the playing style, and hand and foot skills to get the better of the Power.

Reasoning: Despite the fact that Port Adelaide can still mathematically make the eight, you can't ignore recent form.

Did you catch our AFL Finals predictions article? Check it out here

With only one win required to secure a finals berth, only an absolute disaster would see the Cats miss out.

They play the Suns, who have been more than ordinary this year.

However, last week's narrow loss to the Lions in the QLD Derby was a definite improvement, and they should be competitive here.

If they're not, they'll get blown away in the way that the Dockers did last week.

In Round 22, Geelong walloped Fremantle by a whopping 133 points, in a statement to the competition that despite their spot on the ladder, they can do some serious damage come September.

With one of the best squads in the league, Geelong will be confident of a big win and an impressive finals campaign.

Sunny conditions, with another 100+ point win on the cards.

Reasoning: After last week's performance, expect the Cats to cover this line with ease.

They face the Bulldogs, who have shown glimpses of their 2016 premiership form in past weeks, in what has been a solid end to the season.

In fact, the Doggies will be out to get their fourth straight win in this clash between the past two premiers, and to spoil Richmond's party in the process.

With Bontempelli, Hunter and Johannisen all firing, Richmond shouldn't be taking this game lightly, even if the Bont is ruled out with injury.

But with so many of their players in career-best form, the Tigers just look too strong once again.

Dry conditions for this one at the 'G. Should be a good game.

Reasoning: The Doggies have been great in recent weeks, and will look for a strong end to their season with a good performance here.