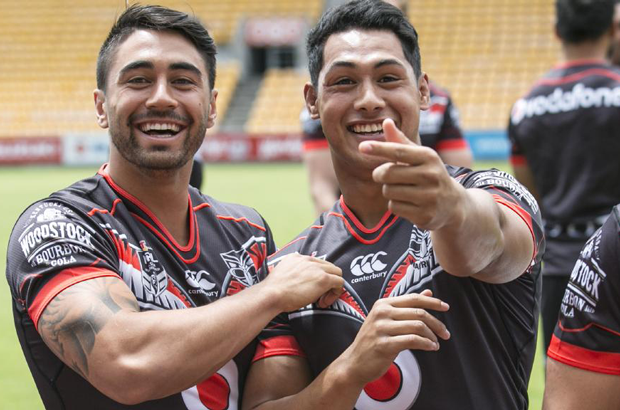 The Bulldogs, hoping to avoid their first wooden spoon since 2008, will look to young-gun Lachlan Lewis to help produce the goods on Sunday at ANZ Stadium.

The Doggies were in good form before Lewis succumbed to injury, resulting in him missing last week's game. With him in the line-up, the Dogs have shown plenty of bite, defeating top-eight contenders the Tigers and Broncos in consecutive weeks.

The Warriors, with a consistent seven wins from 11 away games this season, will start firm favourites for this clash. Off the back of a strong win in Auckland against Newcastle last week, the Kiwis have their sights set firmly on a top-four position.

The spine of Tuivasa-Scheck, Green, Johnson and Luke has found form in recent weeks, especially Isaac Luke, who has had few injury concerns this season.

With Luke back to full fitness, the Warriors are a force to be reckoned with.

Warriors fans beware. Your team hasn't beaten the Bulldogs in Sydney since 2010 and will need to break an eight-year hoodoo this weekend for a chance at a top-four birth.

Reasoning: There is no doubt that the Dogs are a better side with Lewis at five-eighth. However, with finals footy around the corner you'd expect an in-form Warriors to come out on top.

Missed our preview of Super Saturday? Read it here

The Raiders continued their dismal form last week with a loss at home to the Tigers. The narrow 22-20 defeat was their fourth on the trot and enough to ensure that many fans are now questioning Ricky Stuart's coaching role.

Canberra is one of the most out-of-form clubs in the league, having won only two of their past seven games, with those two wins against the equally last placed Cowboys and Bulldogs.

In contrast, the Roosters, have won eleven of their last thirteen games, with four of those wins against top-eight teams.

The Chooks showed they have more than one dimension to their attack, defeating the Bunnies without injured star five-eighth Luke Keary, who will miss the next two weeks.

With Chooks enforcer Jared Waerea-Hargraves out with a rib injury for up to four weeks, Roosters coach Trent Robinson will be looking to QLD Origin front-rower Dylan Nappa to lead from the front.

Roosters' fans beware. The Roosters have lost seven of their last nine matches at GIO Stadium, with their last win back in 2010.

Reasoning: While the Roosters have a poor record against the Raiders at GIO Stadium, it's unlikely that history will repeat this week. The Raiders have been poor at home this season winning only 50% of their games, all of which were against teams in the bottom-eight.

With the minor premiership and a home final on the line, expect the Chooks to come out firing, proving too classy in the latter stages of this game.