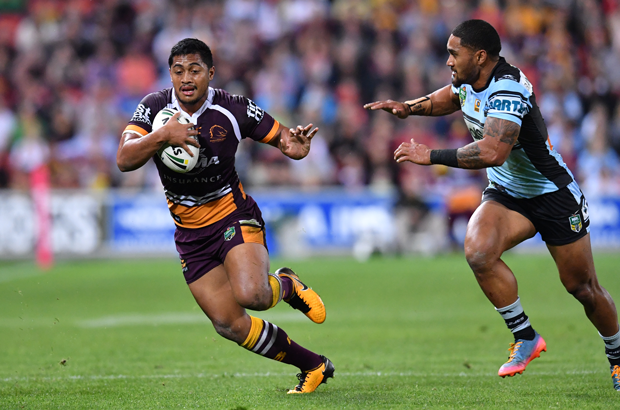 Coming off two consecutive losses, the Broncos will be playing for their season this week in front of a boisterous home crowd.

With the ninth-placed Tigers breathing down their necks, the Broncos are only one loss away from dropping out of the top-eight.

The latest word out of the Brisbane camp is that Coach Wayne Bennett has pulled out all stops to ensure his troops produce a season-best performance.

Given they are on the road against the top-of-the-table Roosters next week, Bennett will see this game as a make or break, with a loss here likely to lead to four on the trot.

Souths were less than convincing last week going down to the Roosters in a gruelling encounter. The loss of Alex Johnston early in the game took its toll on the Bunnies who never looked comfortable in their attacking zone.

Expect the battle of the forward packs to set Suncorp Stadium alight this week. Look for Matt Lodge and Josh McGuire to go toe-to-toe with the Burgess brothers all night in what should be an epic powerhouse clash.

Reasoning: Souths have only one of their best five outside backs available for selection this week, which should see them struggling to pile on the points.

Expect the Broncos backline to prove too classy for the Bunnies outside backs, which will be enough to get them home in a low-scoring affair.

The Trent Barrett saga looks to have had little effect on the Manly playing group, who have strung together some impressive performances in recent weeks.

The Titans have won only one of their past six games, and last week, lost to Penrith in a deflating 17-16 golden-point thriller.

Sitting 13th on the ladder, with very little to play for, the Gold Coast will need to lift and play for the entire 80-minutes this week if they are any chance of winning.

Look out Titans, the combination of DCE and Dylan Walker has started to click and is well supported by the Trbojevic brothers, who week-in-week-out, are amongst Manly's best.

The Sea Eagles have a definite edge over the Titans in attacking stats.  They rank top-eight for:

On the other hand, the Titans rank outside the top-eight in their attacking stats:

Adding to the misery, the Titans have won only two of their 12 interstate games this season. Their last appearance at Lottoland was in 2013 where they disappointingly conceded seven-tries in a 38-20 defeat.

On a side note, Gold Coast five-eighth Kane Elgey will be looking to impress his 2019 Sea Eagle teammates, after signing a contract that will see him start at Brookvale next season.

Manly are deserved favourites heading into this clash.  Expect to see an expansive brand of footy with defence playing second fiddle to what could be a high-scoring affair.

Reasoning: Manly have been in good form and will have too much firepower for the Titans who looked to have their sights set on their end of season trip.

STOP press! The Storm is going about as well as 'Bellamy's Bunker'.

After losing to the Bunnies then the Sharks, Melbourne has fallen from first to third on the ladder in two weeks.

If you were to say six weeks ago that the Eels were a chance of beating the Storm in the run home to the finals, you would have been called mad.

Enter round 23. Parramatta has now won two in a row and three of their past four. Jarryd Hayne has recaptured the form that saw him win the Dally M medal, and the Eels are now making a strong last-ditch effort to avoid the wooden spoon.

And while it may not be panic-stations for the Storm just yet, they were less than impressive against a gritty Sharks outfit last week.

Bellamy's boys have bared flaws in recent weeks and will need to regroup if they want to be playing a home final come September.

With Coach Craig Bellamy questioning the desire of his players in last week's press conference, you would expect his chargers to come out firing.

Reasoning: The Eels have shown plenty of grit in recent weeks and should give the Storm a run for their money. On recent form, the 12.5 start to the Eels looks well off the mark.